This is not my favourite of Findlay's books as I found it quite dark and depressing. I suppose that one should read Heart of Darkness by Joseph Conrad before one reads this book in order to truly ... Consulter l'avis complet

Epidemic in Toronto; Kurtz has escaped from The Heart of Darkness; Marlow must stop him before it's too late. It's hard to describe this book. It is very entertaining, yet explores somber and ... Consulter l'avis complet

Timothy Findley was born in 1930. A native of Toronto, Canada, novelist and playwright Timothy Findley initially embarked upon an acting career. Findley worked for the Canadian Stratford Festival and later, after study at London's Central School of Speech and Drama, he toured Britain, Europe, and the United States as a contract player. While performing in The Matchmaker by Thornton Wilder, Findley was encouraged by the playwright to write fiction. Influenced by film techniques, Findley's first novel, The Last of the Crazy People (1967) is a penetrating look at a family of "emotional cripples" from a child's perspective. With his character Hooker, Findley captures the irrational logic of a child's mind without treating childhood sentimentally.The Butterfly Plague followed in 1969. The Wars (1978), Findley's most successful novel, has been translated into numerous languages and was made into a film. The Wars uses the device of a story-within-a-story to illustrate how a personality transcends elemental forces even while being destroyed by them. In 1981 Famous Last Words was published. This fictionalization of Hugh Selwyn Mauberley by Ezra Pound, a work that was already a "fictional fact," examines fascism. In Not Wanted on the Voyage (1984), Findley rewrites the story of Noah's Ark by giving voices to women, children, workers, animals, and folklore creatures, all of whom question Noah's authority. The novel turns into a parable that seems to challenge imperialism, eugenics, fascism, and any other force that endangers human survival. Again repeating an earlier text, Findley turns to Thomas Mann's Death in Venice to write The Telling of Lies (1986). This novel draws parallels between World War II atrocities and contemporary North America, which Findley sees as a metaphoric concentration camp. Findley died on June 20, 2002 in Provence, France 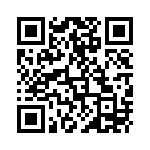