Jeffrey Raff received his B.A. from Bates College, a Master's in Psychology from the New School for Social Research, and a Ph.D. in Psychology from the Union Graduate School. He graduated as a diplomate from the C. G. Jung Institute in Zurich. He has had a private practice in Littleton, Colorado, since 1976, and teaches classes, seminars, and workshops on Jungian psychology and alchemy all over the country.


Linda Bonnington Vocatura received her BS with honors in Psychology from the University of Washington and a Master's in Social Work from the University of Denver. She studied with the Inter-Regional Society of Jung in Denver, Colorado from 1981 to 1985. Her private practice of 21 years focused on spiritual evolution beyond individuation. The practice was dissolved because of her progressive health problems from an unexpected, rare heart disease. Vocatura co-authored Healing the Wounded God and has presented workshops for both national and local groups on dreams, active imagination, and the ally. 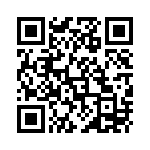