Thomas Sheehan is professor emeritus of philosophy at Loyola University Chicago and professor of religious studies at Stanford University. He is the author of The First Coming: How the Kingdom of God Became Christianity, Karl Rahner: The Philosophical Foundations and co-editor and translator of Edmund Husserl’s, Psychological and Transcendental Phenomenology, and The Confrontation with Heidegger. 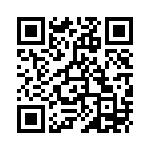