Henry Austin: in every variety of architectural style

O'Gorman (ABC of Architecture) focuses mainly on the first two decades of 19th-century architect Henry Austin's career, just prior to the Civil War. Austin was born in Connecticut during Thomas ... Read full review

JAMES F. O'GORMAN is McNeil Professor Emeritus at Wellesley College. He is chairman of the Maine Historic Preservation Commission and author of numerous books, including Living Architecture: A Biography of H. H. Richardson (1996), ABC of Architecture (2000), and Connecticut Valley Vernacular (2002). 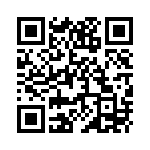