Lucy has had a hard life. First her farther dies when she's little. Then she gets involved with the guy who ends up abusing her and his children. The abuse that she received from the guy to protect ... Read full review 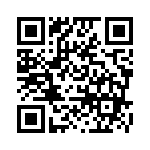