Lawrence Schick has been a professional game designer for Twelve Years, starting at TSR during the early days of Advanced Dungeons & Dragons. He has designed role-playing products for many of the larger game publishers, put in four years at Coleco during the first video boom, and currently designs simulation games for home computers at MicroProse Software. His computer game credits include Airborne Ranger and Sword of the Samurai. He also writes and prduces live-actionrole-playing games as a member of Cruel Hoax Productions. 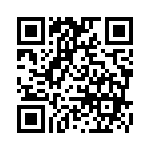