The only thing I got from this book is that Mr B prefers being in the kitchen and playing with his food to almost everything else. Read full review

Entirely self-taught, Heston Blumenthal is the most progressive chef of his generation. In 2004 he won the coveted three Michelin stars in near-record time for his restaurant The Fat Duck, which has twice been voted the Best Restaurant in the World by an international panel of 500 experts. In 2006 he was given an award by the Order of the British Empire. He lives in Berkshire with his wife and three children. 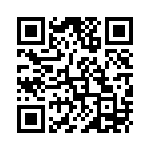