Marc Epprecht is associate professor in the departments of history and global development studies at Queen’s University. He is the 2006 winner of the Canadian Association of African Studies Joel Gregory Prize for his book Hungochani: The History of a Dissident Sexuality in Southern Africa. In 2009 he won the Desmond Tutu Award for Outstanding Contributions to the Study of Sexuality in Africa. 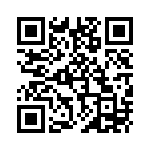