Augustus Richard Norton is professor of international relations and anthropology at Boston University and a fellow of the Oxford Center for Islamic Studies. A former U.S. Army officer and West Point professor, he has conducted research in Lebanon for more than three decades. 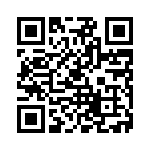