Rob Fleming is a London record shop owner in his mid-thirties whose girlfriend, Laura, has just left him. At his record shop, called Championship Vinyl, Rob and his employees, Dick and Barry, spend ... Read full review

If you're too vinyl records and classic pop music, this is definitely the book for you. Since that's not really my thing, I struggled a bit with this book, since it left me to simply rage at the ... Read full review

Nick Hornby is the author of six internationally bestselling novels (High Fidelity, About a Boy, How to be Good, A Long Way Down, Slam and Juliet, Naked) and several works of non-fiction including Fever Pitch, Songbook and Ten Years In The Tub, a collection of his 'Stuff I've Been Reading' columns from the Believer. His screenplay for the film An Education was nominated for an Academy Award. He lives in Highbury, north London. 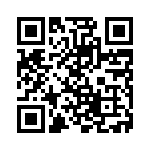