Somehow not as great as the sum of its parts, it just did not quite seem to hang together. It perhaps owes a bit to "Justified Sinner" without the psychological depth. It tries very hard and the ... Read full review

While this book is fictional, I was constantly marveling at the material that so brilliantly makes up the story. The author seems to use a memoir, court proceedings, newspaper articles, and other ... Read full review

Born in Kilmarnock, Graeme Macrae Burnet is among the UK’s leading contemporary novelists, having achieved both critical acclaim and best-selling status around the world. He lives in Glasgow, where he studied film and English literature. After teaching English overseas and working as a researcher in the television industry, he won a Scottish Book Trust New Writers Award in 2013 and now writes full-time. He is best known for his dazzling Booker-shortlisted second novel, His Bloody Project. Graeme is also the author of two French-set detective novels: The Disappearance of Adele Bedeau (2014) and The Accident on the A35 (2017). Case Study is his fourth novel. 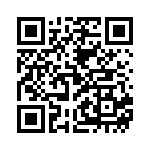