The war grows ever closer as angels and creatures from all the worlds gather to each side to fight for what they believe in. God, or man. Tasked by his father to join Lord Asriel in his war, Will refuses to join until he finds Lyra. With the guidance of two angels, he races to rescue Lyra who lays in a drugged sleep, balancing between the worlds of the living and the dead. It is in this drugged sleep Lyra finds her departed friend, Roger. She swears she will find him again once she wakes. As Will and Lyra are reunited, they will travel through worlds once more, this time on a quest to save the dead.
Will and Lyra are the best characters in this trilogy. When they are on the page, it is guaranteed that the reader will be entertained. Having watched them grow throughout the trilogy, you can see how their previous choices have formed the people they are by the end. And despite the growing odds against them, they don’t give up. They always think outside the box and maintain that childhood innocence that makes them believe anything is possible. Even in their darkest moments, they know that if the two of them are together, there will be a light at the end.
While Will and Lyra carried the main plot, I was surprised at the amount of filler the subplots had. Mary’s story arc didn’t even make sense to me. While it might have been interesting that she journeyed to a new world and made friends with the inhabitants, I couldn’t help but wonder what the point was. The events that happened could have easily been summed up in a lesser quantity to tighten the storyline and not lose sight of the main plot. In fact, the namesake the book’s title takes after seemed to be dropped in. It wasn’t significant like we’ve seen the golden compass (alethiometer) and the subtle knife. I have a feeling there was hidden symbolism that I missed.
There was also an attempt at a redemption arc for some characters, but after watching one pull apart a living creature for fun that redemption fell short. And I was surprised when the main plot ended, and I saw that I had a decent chunk of pages left. Admittedly the conclusion came faster than expected and was anticlimactic, but I didn’t expect the story to continue for so long. I have a feeling Pullman wanted to add in more connections to religion and lost sight of his story’s vision. I’m sad to say, I didn’t like this conclusion. The first two books were amazing, but this one seemed forced.

WARNING~ SPOILER ALERT! PFTTTT~, this book just too much for me. Since this book was made, I saw many people, seeing this book in disgust because of their religious belief. Of course, I believe in God, but not only that but this book has too much twisted events happening, I mean, SERIOUSLY! This book brings to an end a rich and strange fantasy trilogy. The books tackle huge themes: the nature of consciousness, the Fall, the relationship between body and soul, and the conflict between what Pullman calls the Kingdom of Heaven and the Republic of Heaven.
It's interesting to think about this trilogy in comparison with C S Lewis's "Narnia" chronicles. Like Lewis, Pullman writes out of total immersion in the Western literary tradition. His obvious influences are Blake, Milton and the Book of Genesis: but there are also traces of Homer (e.g. the fight between Iorek and Iofur in the first book of the trilogy reads like a clash of two Homeric heroes). At a less exalted level, I suspect that Kingsley Amis's "The Alteration" contributed something to Pullman's picture of an alternative Oxford. But in Tolkien's words a book like this is written "out of the leaf-mould of the mind", and if one can discern the shape of one or two of the leaves that doesn't in any sense devalue the originality of the work.
Both the Narnia Chronicles and Pullman's trilogy are imaginative responses to the Christian tradition. The difference between Pullman and Lewis is that Lewis's reading of the Bible is that of orthodox Christianity, whereas Pullman's reading derives from Blake and from Gnosticism. In Pullman's version of events, the God of the Old Testament is not the creator of the Universe, but is a lesser figure (like a very powerful angel), and also a tyrant; the serpent in Eden is an embodiment of wisdom, not a malevolent force; and Eve is a heroine, whose choice of experience over innocence is the very thing that makes us human. The Church is seen in unremittingly bleak terms: Pullman's Church is a synthesis of the worst bits of medieval and Counter-Reformation Catholicism with the worst bits of Calvinism.
Is the book anti-Christian? It's certainly anti-Church, and in a sense also anti-God. But the most curious omission in the book is that Pullman (unlike Blake and unlike the Gnostics) appears at first sight to have nothing at all to say about Jesus (either directly or allegorically). Yet at the same time, although his heroine Lyra is presented as a new Eve, she also has Christ-like characteristics: a child whose destiny is to save the world, threatened by cosmic forces, and capable of sacrificing herself for love (even at the cost of a descent into hell). Pullman would certainly endorse St Paul's view (on this point if on no other) that the greatest love is to lay down one's life for one's friend. In short, the book embodies what are usually regarded as Christian values, but it then uses those very values to attack both the Church and the God who is portrayed in the Old Testament.
Should you read the book? If you are interested in speculative fiction or in theology, then yes. Like C S Lewis, Pullman is the sort of author who can be a gateway into the Western literary tradition. Like Lewis also, he needs to be read consciously. Agnostic parents who give their children the Narnia books should be aware that these books are brilliant Christian propaganda. And Christian parents who give their children Pullman's trilogy should be aware that it 's brilliant Gnostic propaganda.
In short the comparison with Narnia is apt (despite, or perhaps because, of the fact that Pullman has gone on record about how much he hates the Narnia books). In both cases readers may get considerably more than they bargained for!
Surely, I do like this book but this book just has too much unrelated things that has nothing to do with it. Such as, adding more characters in this book and more main characters!

PHILIP PULLMAN is one of the most acclaimed writers working today. He is best known for the His Dark Materials trilogy, which has been named one of the top 100 books of all time by Newsweek and one of the all-time greatest novels by Entertainment Weekly. Pullman was knighted for his services to literature in the 2019 New Year Honours.

The Book of Dust, Pullman’s eagerly anticipated return to the world of His Dark Materials, will also be a book in three parts. It began with La Belle Sauvage and continues with The Secret Commonwealth. 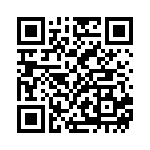