Robert S. Grumet, anthropologist and retired National Park Service archeologist, is a Senior Research Associate with the McNeil Center for Early American Studies at the University of Pennsylvania. His numerous publications include The Lenapes and Historic Contact: Indian People and Colonists in Today's Northeastern United States in the Sixteenth through Eighteenth Centuries.

Francis Jennings , author of the foreword, is well known for histories of northeastern Indians. 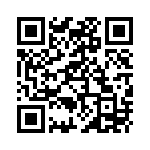