Internationally recognized African historian, Jacob Festus Ade Ajayi, son of Chief E. Ade Ajayi, was born in Nigeria and educated at University College, Ibadan; University College, Leicester; and the University of London, from which he received his B.A. and Ph.D. Ajayi soon became one of the most influential historians of Africa through his numerous publications, academic administrative positions, and awards. He published four major works on Africa during the early 1960s-Milestones in Nigerian History (1962); A Thousand Years of West African History (1964); Yoruba Warfare in the Nineteenth Century, which he coauthored with R. S. Smith (1964). His best-known work is Christian Missions in Nigeria:The Making of a New Elite (1965). These were followed by other writings that appeared in both historical journals and books. Most were concerned with the history of West Africa, and many were produced in collaboration with Michael Crowder. Included among his literary credits is editorship of Africa in the Nineteenth Century Until the 1880s, the seventh volume in the massive UNESCO General History of Africa. Ajayi's contribution to African history was paralleled by a long academic and administrative career. He was professor of history at the University of Ibadan from 1963 until 1989. During that period, he served in several major administrative posts at the university, including dean of the Faculty of Arts and assistant to the vice-chancellor. From 1972 to 1978, he also served as vice-chancellor at the University of Lagos. From 1984 to 1988, he was pro-chancellor at Ondo State University, Ado-Ekiti. 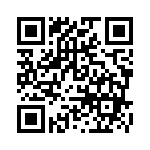