I.C. Smith was one of the top investigators with the FBI for some 25 years working in Chinese counter-intelligence. In 1980 he was promoted to the FBI°¶s Senior Executive Service and appointed the State Department°¶s Chief of Investigations, Counterintelligence Programs, and Diplomatic Security. He then entered the FBI°¶s National Security Division and was Section Chief for Analysis, Budget and Training, responsible for liaison with foreign intelligence and security agencies and represented the FBI in the U.S. Intelligence Community and on the National Foreign Intelligence Board. Since retirement in 1998 he lectures at the Joint Counterintelligence Training Academy, the Office of the Counterintelligence Executive, and testified before the U.S. China Commission on the intelligence threat of the PRC. 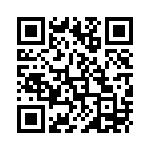