An interesting, well-written book that broadly delivers on its title. Sure, I'd heard all about the Armenian Genocide, the Cadaver Synod, Tasmania's Black War, the Taiping Rebellion and others, there ... Read full review

Joseph Cummins is the author of History's Great Untold Stories, History's Greatest Hits, Turn Around and Run Like Hell, Great Rivals in History, Cast Away, First Encounters and Eaten by a Giant Clam for Pier 9, as well as Anything for a Vote: A History of Dirty Tricks and October Surprises in America's Presidential Elections (Quirk). He has also edited two anthologies for Lyons Press, Cannibals: Shocking True Stories of the Last Taboo on Land and at Sea (2002) and The Greatest Search and Rescue Stories Ever Told (2001), and written a novel called The Show Train (Akashic Books, 2001). He lives in Maplewood, New Jersey. 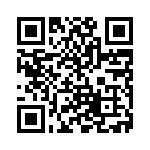