Very decent and witty childrens book with a refreshingly civil tone. Good illustrations and a beleiveable storyline but with some faults: Uncle Johann breaks character by both chasing the servantgirl ... Vollständige Rezension lesen

Based upon historical events and the experiences of the author’s family, Sandi Toksvig’s Hitler’s Canary is an effective and suspenseful telling of the German occupation of Denmark. Told from the ... Vollständige Rezension lesen

Following a first-class degree from Cambridge, Sandi Toksvig went into the theatre, where she both wrote and performed before becoming one of the founder members of the Comedy Store Players. She is well known for her television and radio work, as a presenter, writer and actor. She has written four books for children including Unusual Day, published by Young Corgi in 1996. 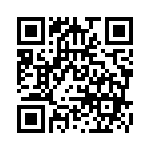