Dennis Showalter is a writer and retired professor of history at Colorado College, the past President of the Society for Military history, and joint editor of the publication, War in History specializing in comparative military history. His works include Instrument of War: The German Army 1914–1918, Patton and Rommel: Men of War in the Twentieth Century, If the Allies Had Fallen: Sixty Alternate Scenarios of World War II, and many other titles related to modern warfare. 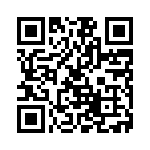