Hitting It by Kathy Lyons Sports related contemporary romance. Told from both the hero and heroine perspective in alternating chapters. Instant chemistry, lust and Tantra. I’m fine with any type of ... Read full review

Rcvd an ARC at no cost to author. (netgalley) I wasn't crazy about this story and I was excited about it since I am a sports fan and tend to like books featuring any sport. But one thing I hate is ... Read full review

Kathy Lyons writes light, funny, sexy stories for Brazen. She loves the faster pace of category books and that her humor can shine through. She leaves the dark, tortured love stories to her alter ego, Jade Lee. Visit them both on the web at www.kathylyons.com or www.jadeleeauthor.com! 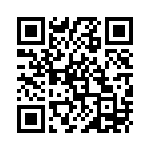