EDWIN "BUD" SHRAKE (1931-2009), dubbed "lion of Texas letters" by the Austin American-Statesman, was a member of the Texas Film Hall of Fame and a recipient of the Lon Tinkle Award for Lifetime Achievement from the Texas Institute of Letters. He was a founding member of Mad Dog, Inc., a notoriously unruly and irreverent gathering of writers. A screenwriter with credits including Tom Horn (Steve McQueen), Kid Blue (Dennis Hopper), and Songwriter (Willie Nelson, Kris Kristofferson), Shrake was also the author of Blessed McGill and Strange Peaches. 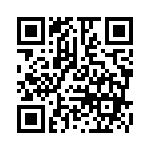