A graduate of the University of Illinois, Bob Grant began his career in radio at WOAK in Chicago. He has since worked at KABC in Los Angeles and at various stations in New York City. A controversial drive-time talk show host, Grant was fired from his top-ranked show on WABC following remarks concerning the plane crash of the late Commerce Secretary Ron Brown. He was immediately hired by competitor station WOR and was awarded, along with Alan Dershowitz and Michael Eisener, the National Association of Radio Talk Show Hosts 1996 Freedom of Speech Award. His book, Let's Be Heard (1996), is a collection of his viewpoints. 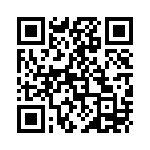