Longtime collaborators Maharidge and Williamson (And Their Children After Them, etc.) return with this provocative montage of photographs and reportage that addresses the state of the American psyche ... Read full review

When he isn’t crossing the country talking to the people who live here, former newspaper reporter DALE MAHARIDGE has been a visiting professor of journalism at Columbia University and Stanford. He was a Nieman Fellow at Harvard University in 1987–88. He lives in Northern California. MICHAEL WILLIAMSON is a photographer for the Washington Post who, in addition to the Pulitzer Prize he shares with Maharidge, won a second Pulitzer Prize for his coverage of the war in Kosovo. His other honors include the World Press Photo and Nikon World Understanding Through Photography awards. 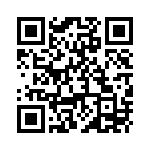