Homesick For Another World by Ottessa Moshfegh 2017 5.0 / 5.0 Wow! Moshfegh hits the ball out of the park with this one. I think the ball is still in flight. The powerful, twisted and dark focus of ... Read full review

“She was probably my age, but she looked like a woman with a hundred years of suffering behind her-no love, no transformations, no joy, just junk food and bad television, ugly, mean-spirited men ... Read full review

Ottessa Moshfegh is a fiction writer from New England. Her first book, McGlue, a novella, won the Fence Modern Prize in Prose and the Believer Book Award. Her stories have been published in The Paris Review, The New Yorker, and Granta, and have earned her a Pushcart Prize, an O. Henry Award, the Plimpton Discovery Prize, and a grant from the National Endowment for the Arts. Eileen, her first novel, was shortlisted for the National Book Critics Circle Award and the Man Booker Prize, and won the PEN/Hemingway Award for debut fiction; My Year of Rest and Relaxation, her second novel, was a New York Times bestseller. 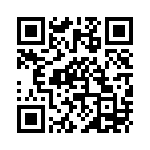