An informative and thoughtful book. I learned a lot about how to start grow my own vegetables. I learned I can grow them in the winter, which is good. I love salad but it can be so expensive in the ... Read full review

Richard Anderson discovered the process of homesteading when he became an adult and from then he has used every opportunity that has been afforded to him to not only promote the practice but also to continue to learn as much as he can about the process. Through one of his texts that he has written about homesteading he helps the reader to learn the best ways that they can set up their first garden and start the process of growing their own vegetables and herbs. Richard is more than aware of the challenges that many persons have finding the funds to get their expenses settled but has assured them that through this text they can learn to alleviate at least one problem they are facing. Homesteading can be done by anyone, no matter where they live. It works really well if you live in an area where there is access to a lot of land space but if you live in the city, raised box gardening or even growing the produce in pots can work just as effectively. 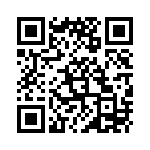