Mark Strand was born in Summerside, Prince Edward Island, Canada, and was raised and educated in the United States. He has written nine books of poems, which have brought him many honors and grants, including a MacArthur Fellowship and, for Blizzard of One, the 1999 Pulitzer Prize. he was chosen as Poet Laureate of the United States in 1990. He is the author of a book of stories, Mr. and Mrs. Baby, several volumes of translations (including works by Rafael Alberti and Carlos Drummond de Andrade, among others), the editor of a number of anthologies, and the author of two monographs on contempory artists. He teaches in the Committee on Social Thought at the University of Chicago. 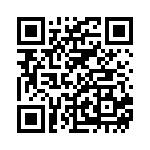