Robin R. Means Coleman is Associate Professor in the Department of Communication Studies and in the Center for AfroAmerican and African Studies at the University of Michigan. Her previous books include African Americans and the Black Situation Comedy: Situating Racial Humor and the edited collection Say It Loud! African Americans, Media and Identity, both published by Routledge, and most recently the co-edited volume Fight the Power! The Spike Lee Reader. 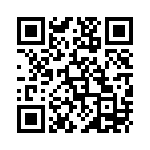