American hard rock singer-guitarist-songwriter-raconteur John Corabi has entertained audiences with his powerful bluesy vocals for over years. Hailing from Philadelphia, Corabi relocated to Hollywood's Sunset Strip and landed his first record deal with The Scream. He soon after joined MŲtley CrŁe, and he fronted them for the next five years. He later put together Union with ousted Kiss guitarist Bruce Kulick, before stepping in to play rhythm guitar with Ratt for the better part of a decade. Corabi also fronted the supergroup The Dead Daisies, performing on the planet's biggest festival stages. He currently lives in Nashville with his wife, Debbie, and their two dogs, Sophie and Bandit. 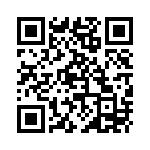