This proved to be a fascinating look at disco and its effect on African-American, gay, and feminist thinking in the 1970s. Echols may overreach in some of her analysis, but I thought most of her ... Read full review

I just finished reading Hot Stuff: Disco and the Remaking of American Culture. I was never into the 1970s disco scene and didn't really know too much about it or how huge it really was socially or ... Read full review

Alice Echols is Barbra Streisand Professor of contemporary gender studies and professor of history at the University of Southern California. A former disco deejay, she is the author of four books including Hot Stuff and the acclaimed biography of Janis Joplin, Scars of Sweet Paradise. 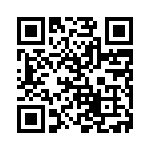