Emily is a social worker, who has one wish for this holiday, to find a man. But it doesn't seem like that will happen when she gets a case that hits to close home for her. Emily goes out to her way to ... Read full review 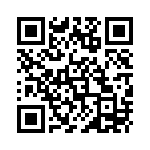