Monica Ferrin is Researcher at the University of Zurich, where she works in several projects related to citizens' attitudes, behavior, and citizenship. She also collaborates with Collegio Carlo Alberto.

Hanspeter Kriesi holds the Stein Rokkan Chair in Comparative Politics at the European University Institute in Florence. Previously, he had been teaching at the universities of Amsterdam, Geneva and Zurich. He was the director of a Swiss national research program on the 'Challenges to democracy in the 21st century' from 2005-2012. 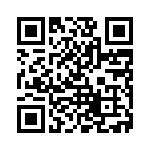