Anders Ĺslund was a senior fellow at the Peterson Institute for International Economics from 2006 to May 2015. He examined the economic policies of Russia, Ukraine, and Eastern Europe, as well as the broader implications of economic transition. Aslund served as an economic adviser to the governments of Russia in 1991-94 and Ukraine in 1994-97. He is a leading specialist on postcommunist economic transformation with more than 30 years of experience in the field.

Valdis Dombrovskis has been the Prime Minister of the Republic of Latvia since March 2009. He was also Minister for Regional Development and Local Governments (November - December 2010) and Minister for Children, Family, and Integration Affairs (March - July 2009). From July 2004 to March 2009, he was member of the European Parliament and head of the Latvian delegation in ETP-ED group. From November 2002 to March 2004, Dombrovskis served as Latvia's Minister for Finance. He was a founding member of the political party New Era in February 2002. He was elected to the Latvian parliament in 2002 and 2010. He worked at the Bank of Latvia as macroeconomic specialist (1998-1999), senior economist (1999-2001) and chief economist (2001-02). 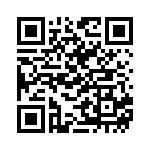