This was a fun, lighthearted little book. Every once in a while I like to take a break from "serious" reading and take in something fun. This fit the bill perfectly, it is a fast read that doesn't really need any serious analysis to get into. Read full review

Neil Zawacki is a California-based freelance writer who has long been interested in the plight of evil-doers. Generally considered to be quite villainous himself, he enjoys theater, literature, and world domination.

James Dignan 's drawings have appeared in the New Yorker, the Wall Street Journal and magazines such as Vogue, Elle, and Marie Claire. He divides his evil-doing time between Australia and Europe. 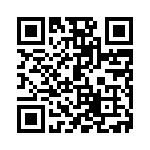