A book with many good ideas, but also a book to relax into. The section on color selection is very good.There are also many rooms portrays that have wonderful soothing pastel walls. Read full review

Martha Stewart was born on August 3, 1941, in Jersey City, New Jersey. She was raised in Nutley, where she discovered her passion for cooking, gardening and housekeeping. She won a partial scholarship to Barnard College in New York City, and earned her bachelor's degree in history and architectural history. While in school, Stewart worked as a model to pay her tuition. After graduation, she continued a successful modeling career, doing television commercials for Breck, Clairol, Lifebuoy soap and Tareyton cigarettes. In 1965, her daughter was born, and Stewart quit modeling, In 1967 she began a successful second career as a stockbroker. When the stock market began to falter, Stewart and her family moved to Westport, Connecticut in 1972. She developed a catering business first in partnership with a friend from her college days, and then on her own. In ten years this business, which she ran out of the basement of her farmhouse, had become a $1 million enterprise. She also opened a retail store in Westport to sell specialty foods and supplies for entertaining. Stewart wrote articles for the New York Times and was an editor and columnist for the magazine House Beautiful. In 1982 Martha Stewart published the first of many lavishly illustrated books. "Entertaining," co-written with Elizabeth Hawes, was an instantaneous success, and made Martha Stewart into a one-woman industry. Soon she was producing video tapes, dinner-music CDs, television specials and a baker's dozen more books, including books of quick recipes, books on hors d'oeuvres, pies, weddings, Christmas, gardening and restoring old houses. Regular appearances on the Today show made her a household name. She signed an advertising and consulting contract with Kmart. For much of the 1980s, she was a contributing editor to Family Circle magazine before starting her own magazine, Martha Stewart Living. In 1993 Martha Stewart started a syndicated half-hour TV show called, like her magazine, Martha Stewart Living. She was named one of the 50 Most Powerful Women by Fortune magazine in October 1998, as well as one of America's 25 Most Influential People by Time magazine in June 1996. She has earned two Emmy Awards for Outstanding Service Show Host for the 1994-95 and 1996-97 broadcast seasons, and Martha Stewart Living earned an Emmy for Outstanding Service Show for the 1998-99 season. Martha Stewart Living has been honored with numerous awards, including three National Magazine Awards, more than 50 Society of Publication Designers Awards, and the Acres of Diamonds Awards for Magazine Development. In 2004, she served five months in jail for conspiracy, obstruction of an agency proceeding, and making false statements to federal investigators concerning the sale of her shares in the pharmaceutical company ImClone days before its application for a new drug was denied. She is currently the host of The Martha Stewart Show and the author of many new books. Her title Martha's American Food: A Celebration of Our Nation's Most Treasured Dishes, from Coast to Coast made The New York Times Best Seller List for 2012 and in 2013 her title Meatless also made The New York Times Best Seller List. 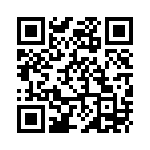