This should be required reading for all math majors and those who want to learn how to write formal proofs. It is well written with lots of examples. Read full review

As accessible as it is relevant, this title is an unpretentious "how-to" guide for those seeking a framework in which to write their proofs. The subject matter is exclusively the exposition and manipulation of logical forms, but the examples draw from set and number theory. The chapter and section layout is a bit disorganized, and the included exercises appear without solutions. Even with these slight detractions, Velleman's text is definitely worth purchase.

Daniel J. Velleman received his BA at Dartmouth College in 1976 summa cum laude, the highest distinction in mathematics. He received his PhD from the University of Wisconsin, Madison, in 1980 and was an instructor at the University of Texas, Austin, from 1980 to 1983. His other books include Which Way Did the Bicycle Go? (with Stan Wagon and Joe Konhauser, 1996) and Philosophies of Mathematics (with Alexander George, 2002). Among his awards and distinctions are the Lester R. Ford Award for the paper 'Versatile Coins' (with Istvan Szalkai, 1994), and the Carl B. Allendoerfer Award for the paper 'Permutations and Combination Locks' (with Greg Call, 1996). He has been a member of the editorial board for American Mathematical Monthly since 1997 and was Editor of Dolciani Mathematical Expositions from 1999 to 2004. He published papers in the Journal of Symbolic Logic, Annals of Pure and Applied Logic, Transactions of the American Mathematical Society, Proceedings of the American Mathematical Society, American Mathematical Monthly, the Mathematics Magazine, the Mathematical Intelligencer, the Philosophical Review, and the American Journal of Physics. 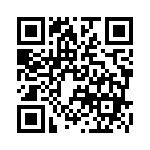