Rayford W. Logan (1897–1982) taught history at Howard University from 1938 to 1965. Logan received his Ph.D. in history from Harvard University in 1936. He wrote and edited many books, including The American Negro: Old World Background and New World Experience. 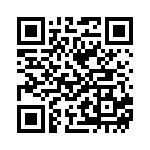