A delightful and insightful view of the life of the First Nations peoples in Northern Ontario. Very well illustrated.

John Macfie, born in 1925 on a farm near Dunchurch, Ontario, spent many years in northern Ontario with the Fish and Wildlife Branch of the province's Department of Lands and Forests. During that time, he successfully combined his government work with a more personal interest, photography. Since his retirement, he has studied the history of Parry Sound District, publishing three books and writing a weekly newspaper column.

Basil Johnson, a North American Indian of the Anishinaubae (Ojibway) tribe, was born on the Parry Island Indian Reserve in 1929. He is associated with the Royal Ontario Museum in Toronto and is well known as a lecturer and author, with eight book about the Anishinaubae culture and tradition to his credit. He was a recipient of the Order of Ontario in 1989. 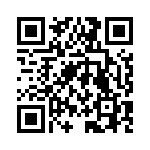