Richard F. Lyon leads Google's research and applications development in machine hearing as well as the team that developed camera systems for the Google Street View project. He is an engineer and scientist known for his work on cochlear models and auditory correlograms for the analysis and visualization of sound, and for implementations of these models, which he has also worked on at Xerox PARC, Schlumberger, and Apple. Lyon is a Fellow of the Institute of Electrical and Electronics Engineers and of the Association for Computing Machinery, and is among the world's top 500 editors of Wikipedia. He has published widely in hearing, VLSI design, signal processing, speech recognition, computer architecture, photographic technology, handwriting recognition, computer graphics, and slide rules. He holds 58 issued United States patents for his inventions, including the optical mouse. 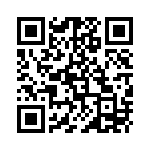