Lucy Berberian leaves her job as a patent attorney in Philadelphia to return home, but hasn't told her parents the entire story. The minute she returns her mother expects her to help out at the ... Read full review

3.5 rounded up to 4 stars. Hummus and Homicide by Tina Kashian is the first book in the new cozy series, Kebab Kitchen Mystery. This series introduces Lucy Berberian who has returned home to Ocean ... Read full review

Tina Kashian, previously published as Tina Gabrielle, is a bestselling author, an attorney, and a mechanical engineer whose love of reading for pleasure helped her get through years of academia. Tina spent her childhood summers at the Jersey shore building sandcastles, boogie boarding, and riding the boardwalk Ferris wheel. She also grew up in the restaurant business, as her Armenian parents owned a restaurant for thirty years. Please visit her website at www.tinakashian.com to join her newsletter, receive delicious recipes, enter contests, and more! 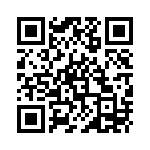