Jasper Becker in Hungry Ghosts: "North Korea seems in the grip of a death-cult psychosis that leaves it impervious to rational notions of self-interest" (339). Bruce Cumings on the kind of racism that ... Read full review

very good depiction of the cost of communism. so compelling and harrowing in it's illustration of the consequences of personality cults. reinforces the belief that humans are meant to have freedom of conscience about all. Read full review 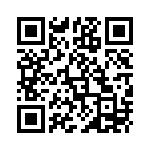