Brad Meltzer is the New York Times bestselling author of Heroes for My Son, Heroes for My Daughter, and a number of suspense novels like The House of Secrets. He is also the host of the History Channel television shows Brad Meltzer's Decoded and Brad Meltzer's Lost History. He lives in Florida with his wife and their three children.

Christopher Eliopoulos began his illustration career at Marvel Comics, and has worked on thousands of comics, including Cosmic Commandos (Summer 2017), Franklin Richards- Son of a Genius, Pet Avengers, and Cow Boy, all of which he wrote and illustrated. He lives in New Jersey with his wife and their identical twin sons. 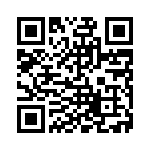