Ikutaro Kakehashi was born in Japan in 1930. While in high school during World War II, he built his own shortwave radios. After the war, he started a clock- and watch-repair business that moved into radio repair. He began experimenting with making musical instruments in the 1950s, and eventually his radio shop became Ace Electronics, which started making electric organs in 1960. In 1964, he developed the FR-1 Rhythm Ace, an early drum machine. An improved version was picked up by the Hammond organ company in 1967 as a module for its instruments. He entered a partnership with Hammond, but left after a management change. In 1972, he founded Roland Corporation. He created the drum machine the Roland TR-808 Rhythm Composer. He ran the company for four decades before founding ATV Corporation in 2013. He collaborated with Dave Smith, the president of Sequential Circuits, to develop MIDI, the Musical Instrument Digital Interface that allows the majority of electronic instruments built since the early 1980s to interconnect. In 2013, they received a Technical Grammy Award for their work on MIDI. Kakehashi was the author of I Believe in Music and An Age Without Samples: Originality and Creativity in the Digital World. He died on April 1, 2017 at the age of 87. 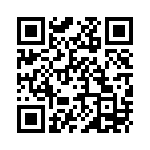