Nam Le is a Vietnamese-born Australian writer, who won the Dylan Thomas Prize for his book The Boat which is a collection of short stories. His stories have been published in several places including Best Australian Stories 2007, Best New American Voices, Zoetrope: All-Story, A Public Space and One Story. He has won several awards including Pushcart Prize, Prime Minister's Literary award, Anisfield -Wolf Book Award and PEN/Malamud Award. He will be featured at the Ubud Writers and Readers Festival 2015 program. 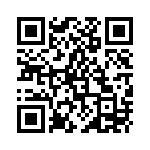