Musician James Brown, also known as the Godfather of Soul, was born in Barnwell, South Carolina on May 3, 1933. His hit singles include Out of Sight, (Get Up I Feel Like Being a) Sex Machine, I Got You (I Feel Good), and Say It Out Loud - I'm Black and I'm Proud. He was inducted into the Rock and Roll Hall of Fame in 1986, received a Lifetime Achievement Award at the 34th annual Grammy Awards in 1992, and received a Lifetime Achievement Award at the fourth annual Rhythm and Blues Foundation Pioneer Awards in 1993. He died on December 25, 2006 after being hospitalized with pneumonia.

Marc Eliot is a New York Times bestselling author and American biographer. He has written over a dozen books on the media and popular culture including the biographies of Cary Grant, Jimmy Stewart, Walt Disney and Bruce Springsteen, and Clint Eastwood. His writing has also appeared in several publications including L.A. Weekly and California Magazine. Eliot lives in New York and Los Angeles. 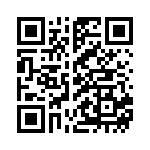