Martin Buber was born in Vienna in 1878, studied philosophy and art at the universities of Vienna, Zurich, and Berlin. In his twenties he was an active Zionist and worked closely with Theodore Herzl and Chiam Weizmann. However, Buber is best know for his revival of Hasidism, a mystical movement that swept Eastern European Jewry in the 18th and 19th centuries. Out of this interest evolved his dialogical, or "I-Thou" philosophy. Professor Buber taught philosophy from 1938 to 1951 at the Hebrew University of Jerusalem.

Walter Kaufmann was born in Freiburg, Germany in July 1, 1921. He arrived in the United States at the age of 17 and became a citizen in 1944. He received a B.A. degree from Williams College in 1941 and a Ph.D. from Harvard University in 1947. During World War II, he served in the United States Army from 1943-1946. He was a member of the philosophy department at Princeton University from 1947-1980. He was a philosopher, translator, poet, and photographer. His first book, a critical study of Nietzsche, was published in 1950. His other works include Critique of Religion and Philosophy, From Shakespeare to Existentialism, The Faith of a Heretic, Tragedy and Philosophy, Without Guilt and Justice, Religions in Four Dimensions, and Man's Lot. He died on September 4, 1980 at the age of 59. 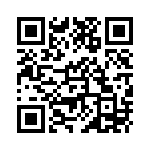