A detailed biography of Ida Wells. Ida was a black journalist who crusaded against lynching. When she was forced to flee the south, she moved to New York and finally Chicago. Despite all she ... Read full review

IDA: A SWORD AMONG LIONS: Ida B. Wells and the Campaign Against Lynching

Massive biography of an important yet little-known figure in American civil-rights history.Giddings (In Search of Sisterhood: Delta Sigma Theta and the Challenge of the Black Sorority Movement, 1988 ... Read full review

Paula J. Giddings is the Elizabeth A. Woodson 1922 Professor in Afro-American Studies at Smith College and the author of When and Where I Enter and In Search of Sisterhood. 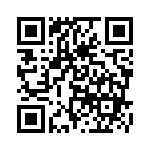