Shirley Girton Glaser studied photography and art at The Cooper Union. After graduating in 1956, she married Milton, and together they went to Italy, where Shirley continued her studies at the Academy of Fine Arts. It was after their return to the US that Shirley started her career as a children's book author. Her books includeThe Big Race, The Alphazeds, andIF, all illustrated by Milton.

Milton Glaser (b.1929) is among the most celebrated graphic designers in the United States. He has had the distinction of one-man-shows at the Museum of Modern Art and the Georges Pompidou Center. He was selected for the lifetime achievement award of the Cooper Hewitt National Design Museum (2004) and the Fulbright Association (2011), and in 2009 he was the first graphic designer to receive the National Medal of the Arts award. As a Fulbright scholar, Glaser studied with the painter,Giorgio Morandi in Bologna, and is an articulate spokesman for the ethical practice of design. He opened Milton Glaser, Inc. in 1974, and continues to produce a prolific amount of work in many fields of design to this day. 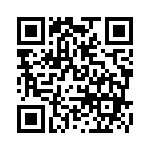