IF I DIE IN A COMBAT ZONE: Box Me Up And Ship Me Home

A group of very low-keyed autobiographical sketches about America's least-popular war, narrated by an intelligent, rather lonely Pfc. who knows he really should be somewhere else. Between rather off ... Read full review

Tim O’Brien received the 1979 National Book Award in fiction for Going After Cacciato. His other works include the Pulitzer finalist and a New York Times Book of the Century, The Things They Carried; the acclaimed novels Tomcat in Love and Northern Lights; and the national bestselling memoir If I Die in a Combat Zone. His novel In the Lake of the Woods received the James Fenimore Cooper Prize from the Society of American Historians and was named the best novel of 1994 by Time. In 2010 he received the Katherine Anne Porter Award for a distinguished lifetime body of work and in 2012 he received the Richard C. Holbrooke Distinguished Achievement Award from the Dayton Literary Peace Prize Foundation. He was awarded the Pritzker Literature Award for Lifetime Achievement in Military Writing in 2013. 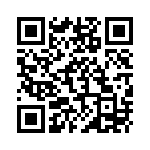