Eric Robert Taylor, a freelance television producer who lives in Los Angeles, holds a doctorate in history from the University of California, Los Angeles. 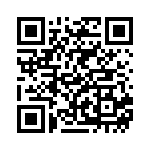