The United Nations System of National Accounts (UNSNA) forms the basic national account statistics used in annual reports from agencies such as the World Bank and the International Monetary Fund ... Read full review

Gloria Steinem was born in Toledo, Ohio on March 25, 1934. She graduated from Smith College in 1956 and then spent two years in India on a Chester Bowles Fellowship. She is a writer, lecturer, political activist, and feminist organizer. In 1968, she co-founded New York magazine, where she was a political columnist and wrote feature articles. In 1972, she co-founded Ms. magazine, and remained one of its editors for fifteen years. In 1993, she co-produced and narrated Multiple Personalities: The Search for Deadly Memories, which was a documentary on child abuse for HBO, and co-produced the original TV movie Better Off Dead, which examined the parallel forces that both oppose abortion and support the death penalty. She has written numerous books including Marilyn: Norma Jean, Moving Beyond Words, My Life on the Road, and Revolution from Within: A Book of Self-Esteem, Outrageous Acts and Everyday Rebellions. She has received numerous awards including The Eleanor Roosevelt Val-Kill Medal Award in 2014 and the Presidential Medal of Freedom in 2013. In 1993, she was inducted into the National Women's Hall of Fame. 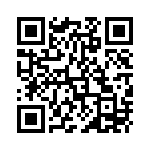