The book is just perfect and fun

I absolutely fell for this story. Noah is awesome. I adore him and the way he cares so much, but I'm in love with Gavin, the grump with a heart of gold type. If you're one of his people, he has your back. Gavin has anger issues and is on house arrest because of it. Noah is desperately scrambling for a job. He has no idea who Gavin is and doesn't know much more about football in general. Football is all that Gavin has in his life except for a couple of close friends. Noah becomes Gavin's PA. Both are pretty blunt so things are a bit antagonistic at first. The more they get to know each other, the more the mutual respect and attraction grow. Yes, there is definitely something between them, but there are also so many reasons why they can't go there. I like how the characters don't just hook up, and then everything works out perfectly. They're mature about the facts and know their actions have consequences. The storyline feels realistic. I understood and felt all the emotions with Gavin and Noah. Illegal Contact has a great storyline and plenty of sexy. I definitely recommend.

Santino Hassell was raised in Brooklyn by a strict Catholic family, but he was anything but traditional. He grew up to be a smart-mouthed, school-cutting grunge kid, then a transient twenty-something, and eventually transformed into an unlikely romance author.

Santino writes queer romance that is heavily influenced by the gritty, urban landscape of New York City, his belief that human relationships are complex and flawed, and his own life experiences. 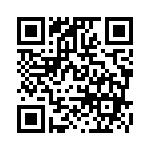